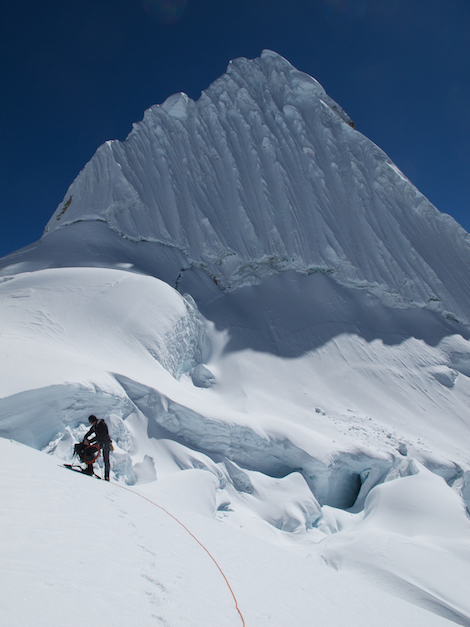 Every European climber I know always talks about how great Chamonix is as the alpine climbing center of the world. I would agree, it's a great place and has some amazing climbs on offer. I am also a huge fan of Huaraz, Peru the gateway to the Cordillera Blanca and similar to Chamonix, has some great alpine terrain available right on it's doorstep. Then we have Kathmandu, gateway to the Himalayas.

Unlike Chamonix and Huaraz, the mountains in Nepal take some travel time to get to from Kathmandu. You have to fly, or take a bus and then trek for several days for cautious acclimatization due to the great elevation gains that are not experienced in Europe. This takes time and that means money. Nepal is a pretty cheap place to visit as a tourist but it is getting more expensive as inflation is running high in the country. Climbers are generally known for being cheap dirtbags and looking to save money wherever possible. With this in mind I have a few suggestions for cheap gear stores, restaurants, etc., and even though I don't claim to be an expert on all things Nepalese and the city of Kathmandu, I think I am a little more qualified than most of the folks passing through town as I spend the majority of my year in the capital and mountains of Nepal. I like to call Kathmandu my home and I am always amazed of the resilience of the Nepalese people, whom are my neighbors and friends.

What Chamonix and Huaraz excel in with their close proximity to the mountains, Nepal makes up for in it's shear scale and universal famous mountains. A trek up the Khumbu Valley takes in views of such famous peaks as Ama Dablam, Cholaste, Pumori, Lhotse, Nupste not to mention the big one herself. I think the only places to rival the Khumbu Valley for views is Gasherbrum I & II camp one location (same campsite) in Pakistan on the Gasherbrum Glacier and Ganesh Himal base camp in the rarely visited Tsum Valley of Nepal.

It now seems very common for most climbers to arrive in the capital and then get out of town as quickly as possible, primarily due to their concerns about getting some kind of sickness whilst they are in Kathmandu. Regardless of who you are, you will get sick with some ailment some point during a climb, so do yourself a favor and immerse yourself in the culture that Kathmandu has to offer. A big part of the experience of climbing in the Himalayas are the locals who provide assistance for your climb, from the shoe shine guy, the rickshaw driver, the waiter at the Thamel restaurant, the pilot who flies you to Lukla, all the way to your personal Sherpa on summit day, if you have one. Enjoy Kathmandu, it's not as fancy as Chamonix but it's my kind of town and you won't regret it.

If you have signed up with one of the $65-$70K Everest expeditions then you will be staying at the Hyatt, Raddison or Yak & Yeti hotels.

The Hyatt is nice and probably the best of the upscale hotels in Kathmandu for the price. It's a little out of the way and very inconvenient if you need to do things in Thamel, the tourist, restaurant and shopping center of Kathmandu. The Raddison is in a great location in Lazimpat, cheaper than the Hyatt and it's near my house where I live which is located in a good diplomatic enclave area of Kathmandu called Lazimpat. The Yak & Yeti I would avoid as it's overpriced, living on its past history, and the rooms really need to be updated. You can get a room in Thamel for $15 per night which is better than the Yak & Yeti.

For those climbers on a budget there are way too many new hotels opening in Thamel and not enough tourists, so you can petty much name your price, within reason. Expect to pay $15-$25 for a pretty swank room in Thamel these days. The old days of $2-$5 rooms per night no longer exist so don't embarrass yourself and ask for a 1990 hotel rate. The locals in the tourist industry in Nepal do not make much money, except for a few corrupt ministers in the ever changing government, so give them a break and pay the extra dollar per day they ask for. Remember for the most of you, you are on vacation.

I am not going to list a bunch of accommodation as there are now so many budget hotels in the Thamel area of Kathmandu that it is hard to keep up with what's new and on offer. The Lonely Planet guidebook has not been updated in years so I recommend trying different ones as they all offer pretty much the same service for the same price. If you don't like your accommodation, move to another hotel, simple as that.

You may be climbing with a friend or another team member of a commercial expedition who's been to Kathmandu before and thinks they are an expert on all the local restaurants. My guess they will take you to the same boring places that are mentioned in the above, out of date guidebook. Don't get me wrong, I like boring and I'm pretty boring myself, but if you are only in Kathmandu for a few days, try some new places out. The popular tourist restaurants have been around for a long time, charge top tourist prices and they add 13% VAT and 10% service charge on top of your bill. The local joints where I eat are cheap, serve good food, and do not charge any taxes or service charges. I will let you make your own discoveries on these fine local establishments, and you may even see me at one of the tables, if the place has tables that is.

One word of advice. If you are not a seasoned traveller to Asia I would stick with the popular tourist restaurants before the start of your expedition. Go crazy and eat street food after you have reached the summit and celebrating, but the last thing you want before a big climb is to get seriously sick from some dodgy Dhal Bhat just to save a few bucks here and there. How much did this trip cost you again?

I'm not one for going out on the town and getting blitzed, well at least not for the past ten years or so, as it takes me too long to recover from a big "Du" night out these days. Climbers like to celebrate after a successful climb and why not. The locals who frequent the Thamel night spots are used to seeing foreign climbers and trekkers having a good time so it's not frowned upon. Sam's Bar is still a popular spot and I think the Tom & Jerry Pub is still it's main competitor. If you are smart, handsome, clever, and like a sweet deal you will look for the restaurants with outdoor spaces, and there are many of them hidden all over Thamel, and take advantage of the afternoon/early evening happy hour offers. Beer, wine and liquor is now taxed heavily in Nepal so I'm always looking for a bargain in this department.

Now this is one area that Kathmandu excels in over Chamonix and Huaraz is the ability to purchase last minute gear. Let's admit it, all of us have forgot to pack some climbing hardware that we didn't think we would need but we did. We even now have mega stores like the Mountain Hardwear one that includes most of the Black Diamond gear you would need. Other well known brands such as Marmot, The North Face and Millet now all have stores in Thamel and there is the rumor that Petzl gear will be available soon, sure to please the Europeans visiting town as Black Diamond really has the monopoly on the marketplace at the moment, and why not, their gear is awesome. Prices are cheaper than in the States and much cheaper than Europe. Be sure to ask for a discount as this is Asia after all.